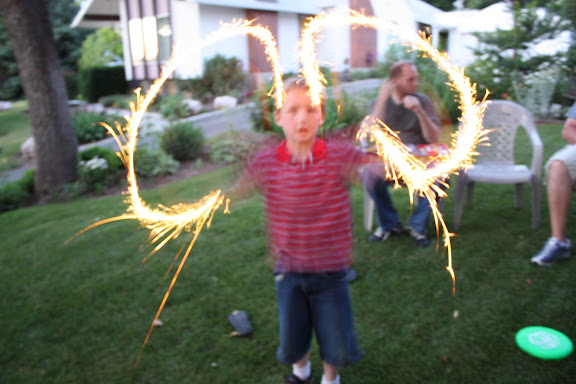 If you live in a state that allows you to set off all manner of fireworks, then you  may not need some ideas on how to make things a bit more exciting.  But as my husband put it, our state has done a great job marketing fireworks to seem like the good stuff – and then as the anticipation builds for our little family firework show – – reality hits us and we are left to other devices to make things fit the bill.  Literally.  You gotta justify, somehow, the dollars that are exploding in front of you.
So all you need… is a camera. 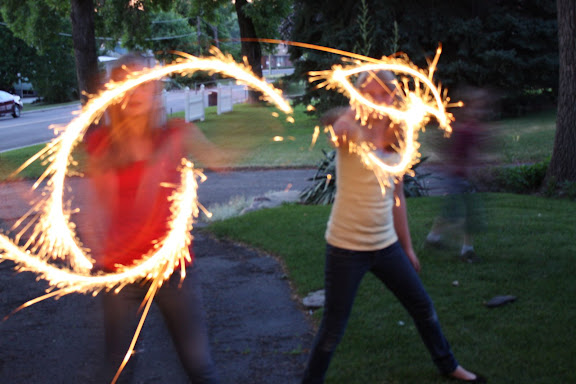 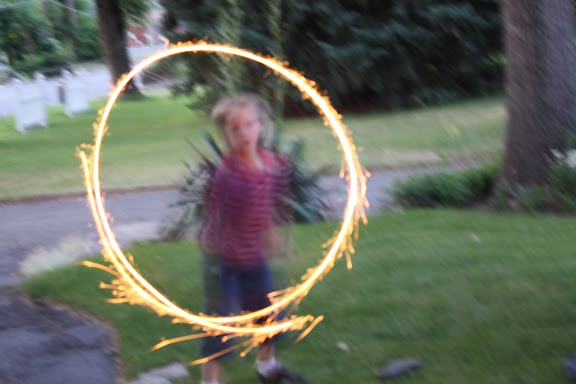 The camera speed will slow way down… until enough light is let in.
So your people will be blurry – unless you can get your children to be still.
Good luck at that. 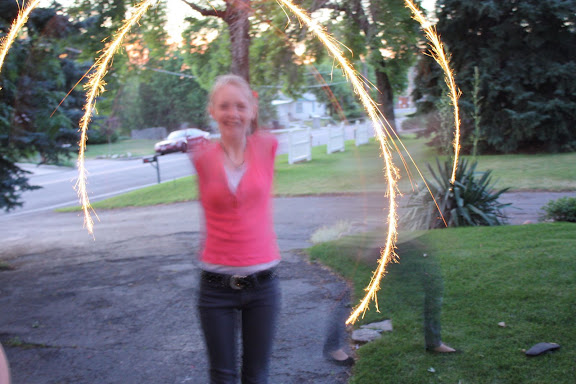 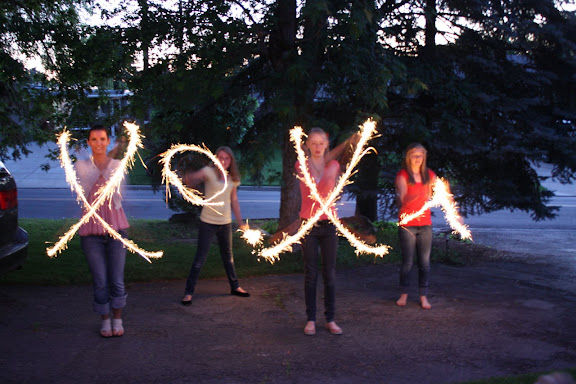 And write some love messages
* note:  it was dark outside but because of the amount of time the camera lens was open, it appears lighter 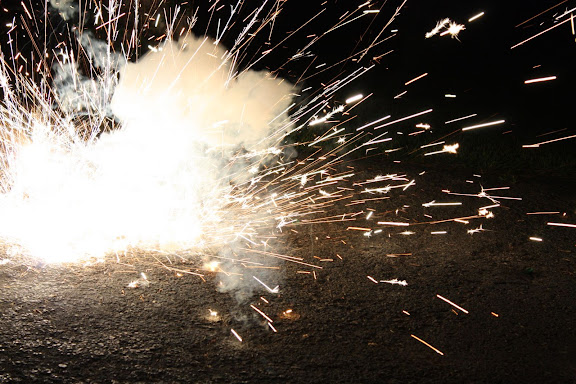 This is what lame, cheap-o fireworks look like when you catch them as they explode
This was way more interesting than the actual explosion
And people were gathered around the camera more than the fireworks 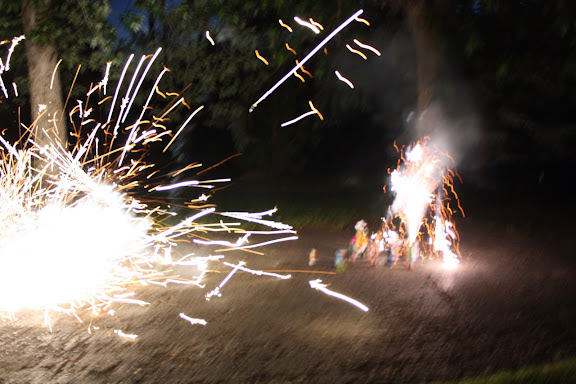 These were much more interesting caught in a digital state.  Look at the sparks.
It looks like a fingerpainting gone wild. 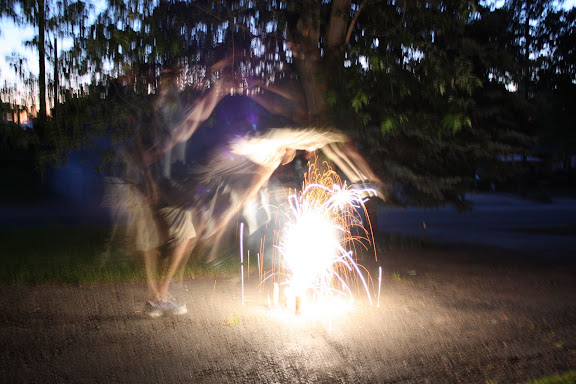 And then the boys came out to play 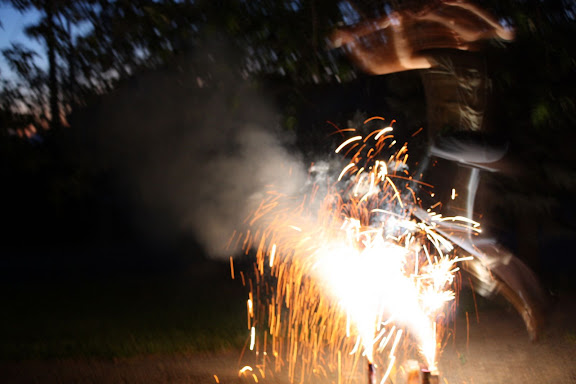 Are you looking at the fountains?
Or my brother-in-law?
Exactly.
This is how you make fireworks exciting.
Kids:  Don’t try this at home 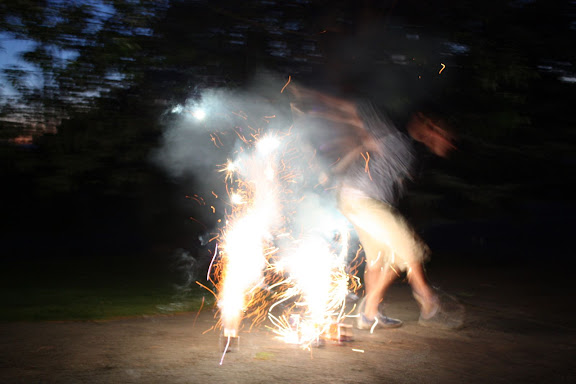 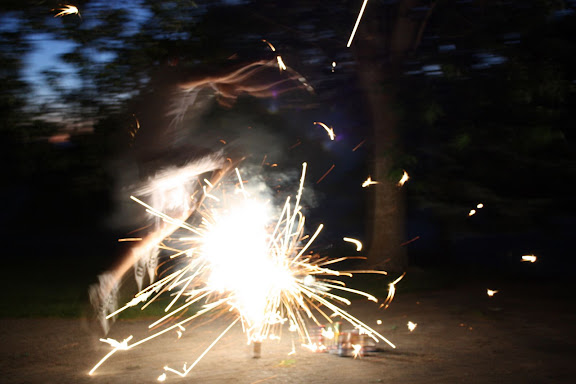 Thats my man.  I can only tell by his shoes. 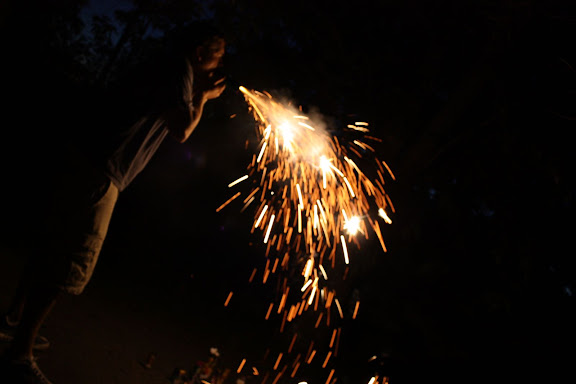 That’s my brother:  my mother was saying, “stop that…”
While everyone else was cheering him on. 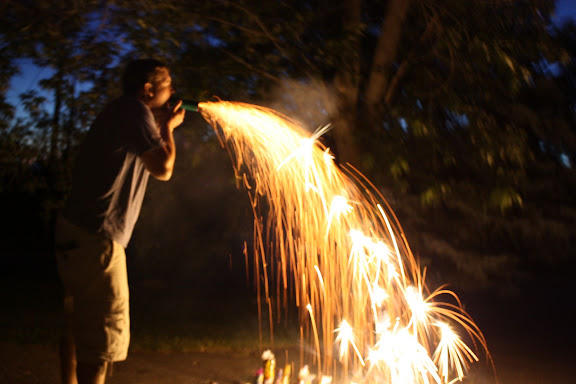 Cause look what we got. 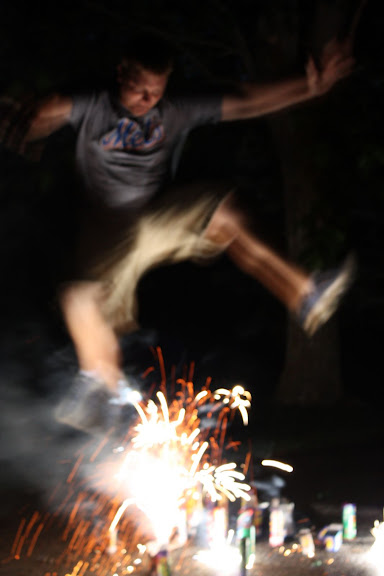 If you want good pictures, you need to make sure that white sparks are being emitted so you have the light needed for the camera to feel satisfied. 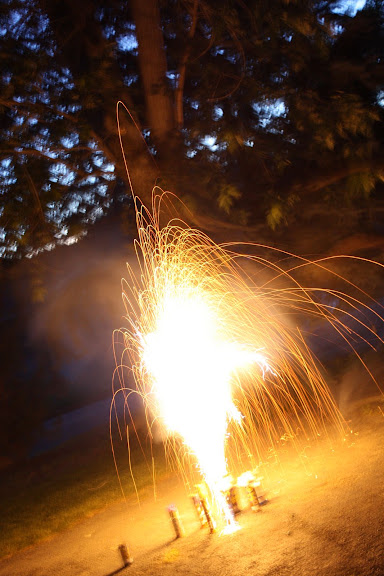 See – – this one was to dim so the shutter speed was way slow.  So it turns the people into a ghostly cloud, but then that is why you get those long lines of light too. 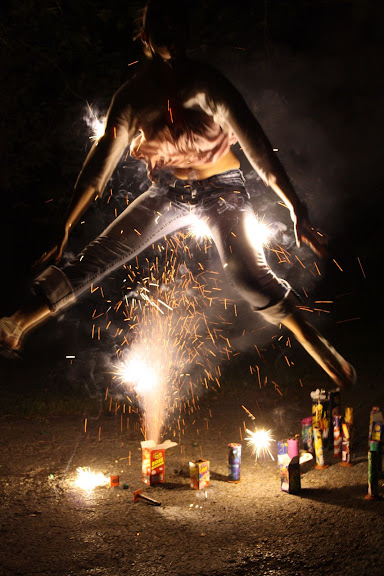 But if you have the light, and you snap at the right time.  You get some keepers.
By the way… 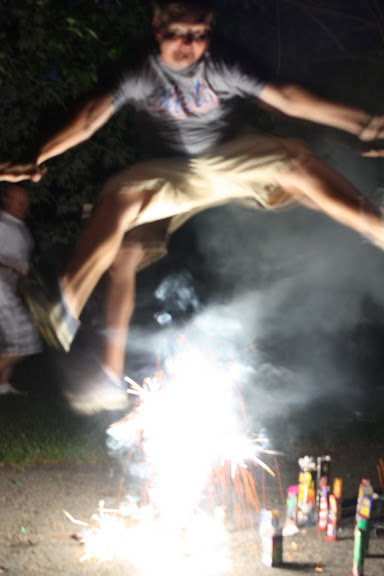 I have a brother with 3 legs 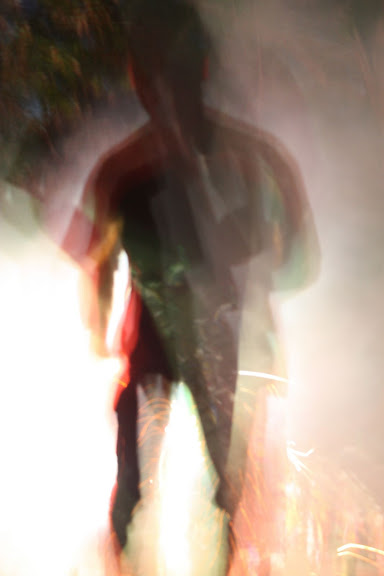 And a brother-in-law made for horror movies 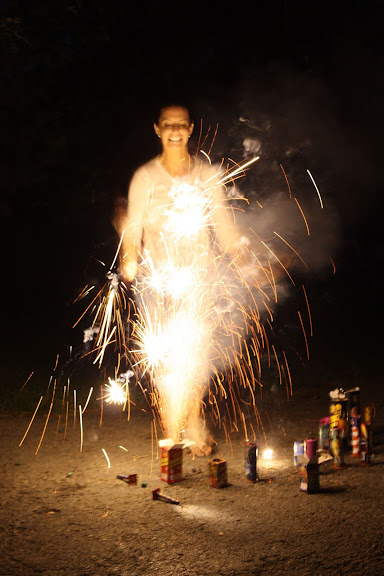 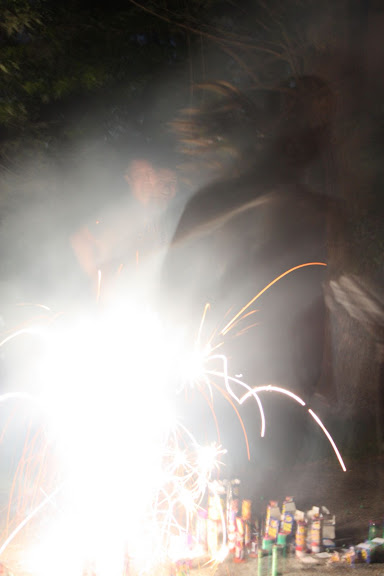 We laughed and laughed 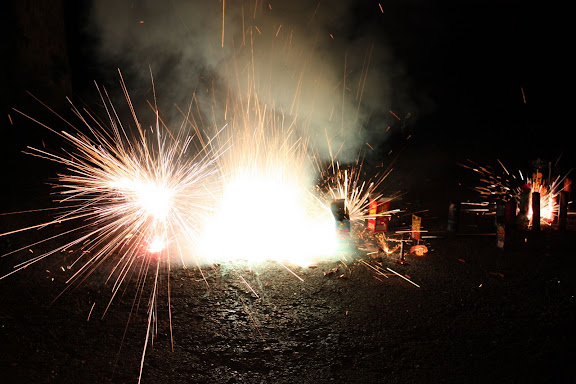 And the fireworks took on a whole new dimension 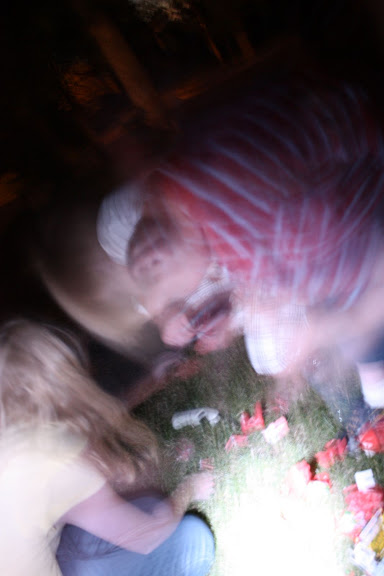 And the kids couldn’t get enough