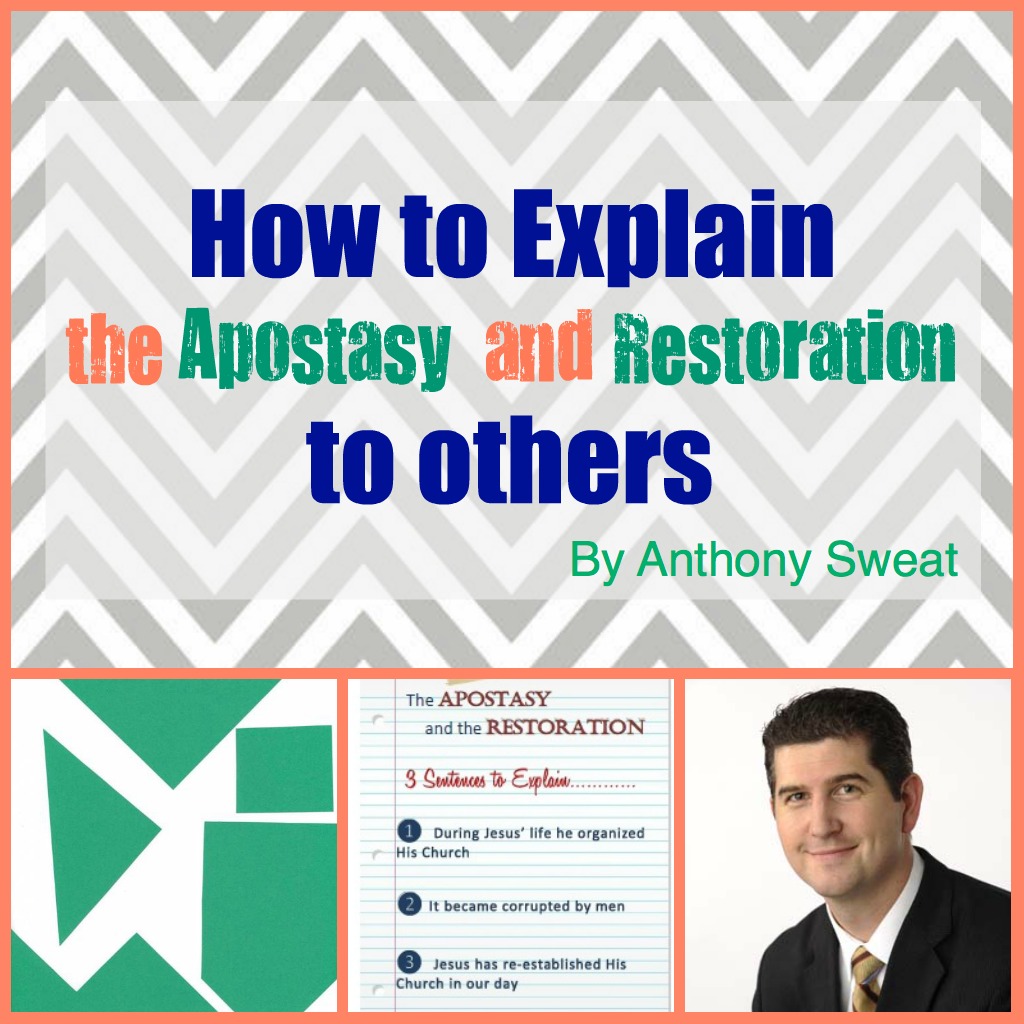 How Can I Explain the Apostasy and Restoration to Others?

Can you say “Re-establish” and “Puzzles”?

Suppose you were asked to summarize the main claim of the Church of Jesus Christ of Latter-day Saints is to the world; what would you say?  If you aren’t quite sure, that’s alright.  You’re not alone.  A recent study asked 1000 non-Mormons to answer the question “To the best of your understanding, what is the main claim of Mormonism?”  Only 14% of respondents identified closely what Mormonism’s message to the world is.  So what is the message of Mormonism?  Here it is in three sentences:

1- During Jesus’ life, he organized his Church

2- It became corrupted by men

3- Jesus has re-established his Church in our day 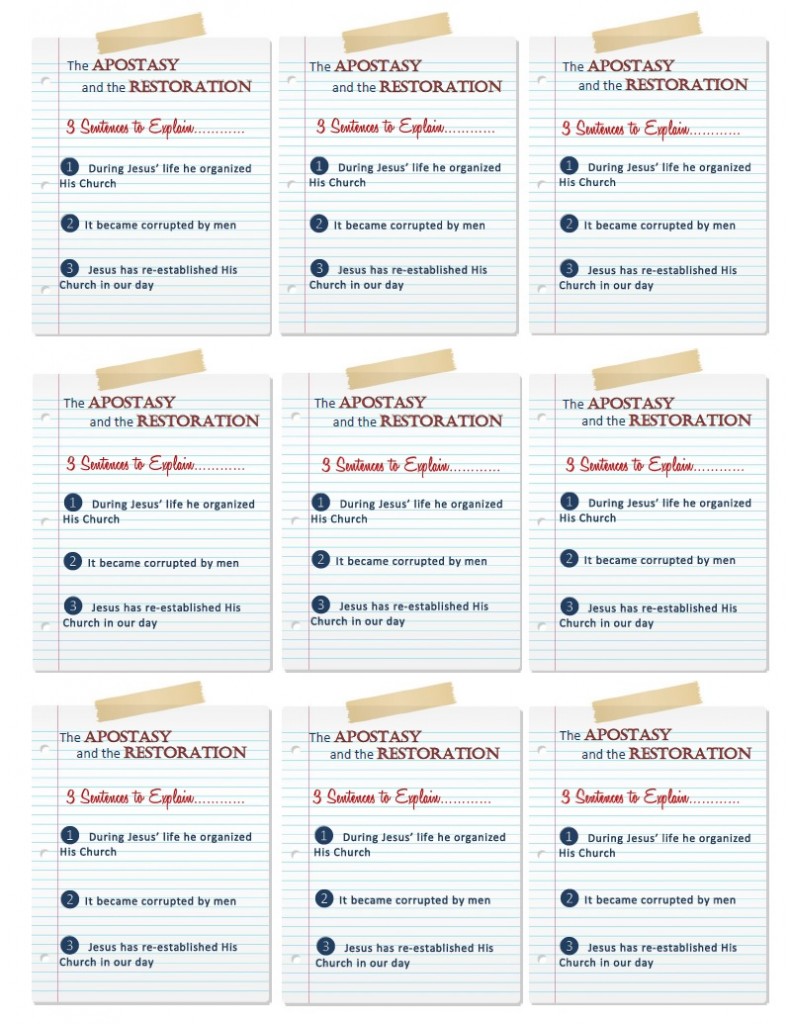 Here is a handout you can use.  Print these onto sticker paper (or full sheet label paper) and have the kids stick them in their journals

You can either print the JPEG above, or here is a PDF:  3 sentences to explain the Apostasy and Restoration

One mistake we often make when explaining the message of Mormonism—the Apostasy and Restoration—to others is we use words like “apostasy” and “restoration”!  These words are common vernacular to Latter-day Saints, but they sound like uncommon Greek to many others.  “Restoration” is what people do to old cars; it’s a button people push on a computer that has crashed; it’s a hardware store to get overpriced cabinet thingy-ma-bobs.  To many, “restoration” means to fix up an already existing entity.  So when we say the Lord’s Church was “restored” by Joseph Smith some people can get the wrong idea and think Joseph must have done a little doctrinal fixing up to the house that Peter or Luther built.

However, when Mormons say that Jesus’ Church has been restored, we don’t mean that Jesus’ Church just got a new coat of theological paint to an already existing organization.  We believe the authorized Church of Jesus Christ ceased to officially exist.  Its prophets and apostles were rejected and killed.  The authority to act in God’s name was not passed on.  The tree of Jesus’ original Church was no longer alive.  And it would remain dead until a new seed was re-planted, prophets were re-established, authority was re-instated, the Church’s divine organization was re-built, or in other words that Jesus’ Church was RE-STORED. I have found that when explaining the concept of apostasy and restoration, it’s best to introduce it using the word “re-established.”

The youth curriculum suggests having the youth “think of object lessons that might help them explain aspects of the Apostasy and the Restoration to others.” A GREAT learning activity/object lesson to do to help others understand the apostasy and restoration is the following “Apostasy Puzzle.”  Here’s how it works:

Prepare the following puzzle (you can print this one out. Just use the images below, save it to your computer and print it as an image. Make it like 5 inches by 5 inches or so) 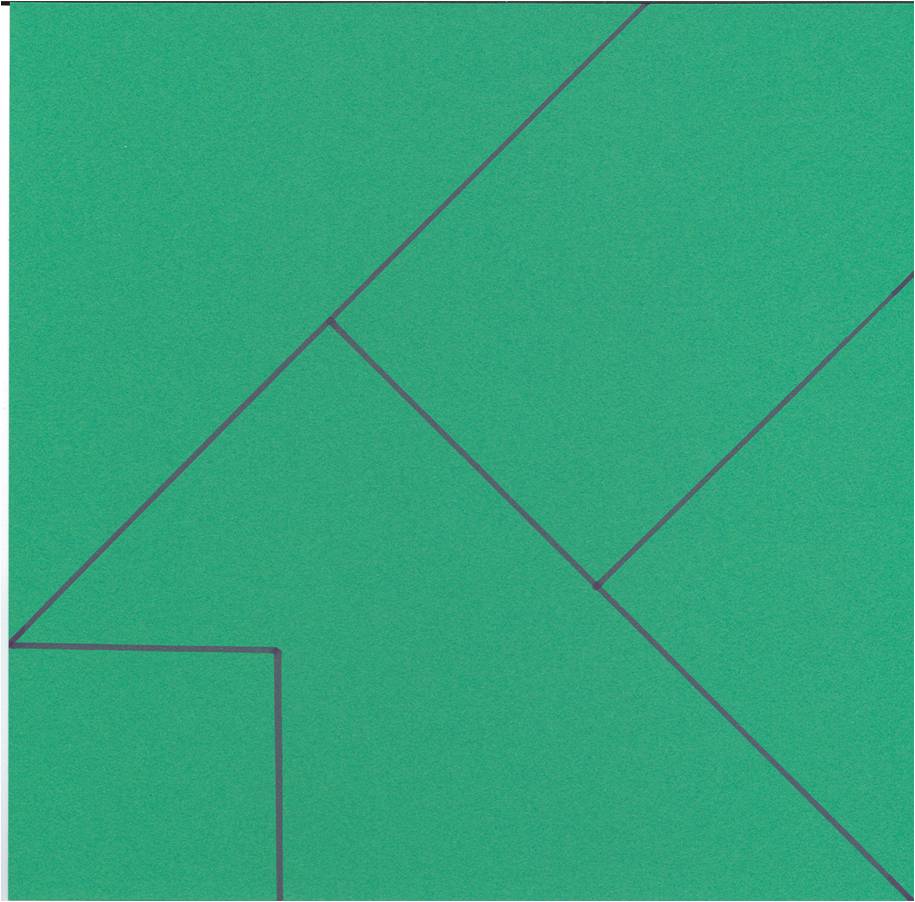 Cut it up into pieces like so and put it into an envelope: 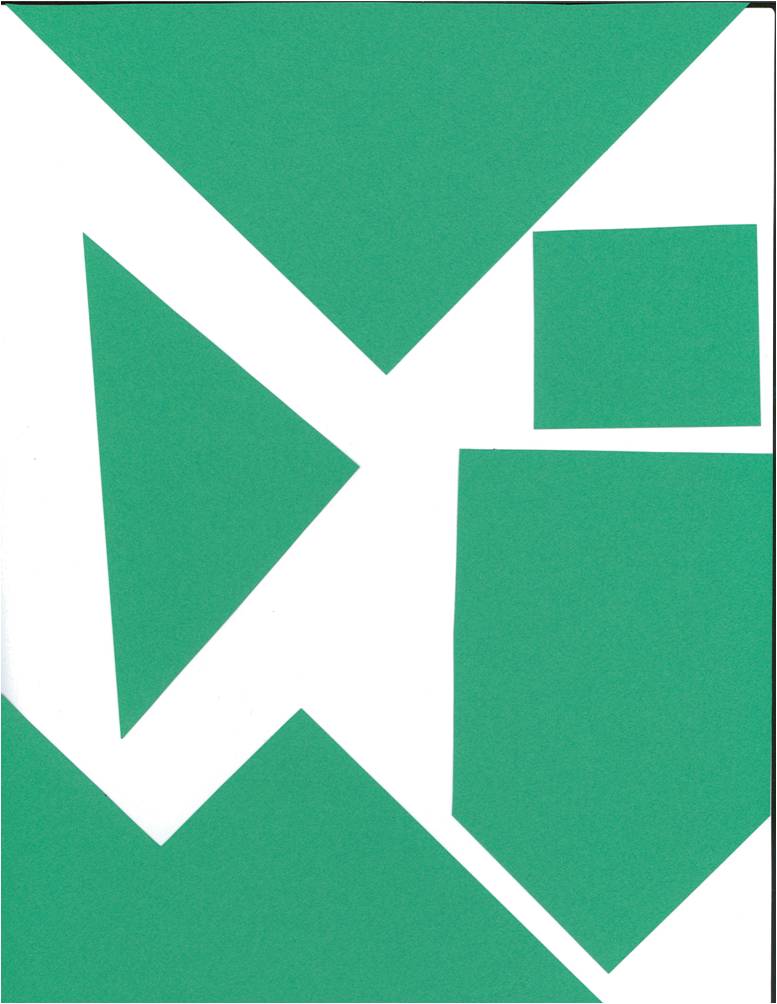 Break the class up into four to five groups (enough so that each person in the group can have at least one piece of the puzzle).  Give each group the five piece puzzle in the envelope and tell them that they have 2 minutes to put the puzzle together.  Don’t tell the students what shape the puzzle is supposed to make, let them try to figure it out.  Trust me.  This simple five piece puzzle s HARD for all ages to do.  At the end of the two minutes, most groups will not have been able to put the puzzle together properly, will have made their own overall shape out of the pieces, and even disregarded, ripped,  or hidden some of the pieces to make the overall shape they wanted.  After comparing each groups finished shape and noting how different they all are, show them what shape the puzzle was supposed to make.  Once they see how it is supposed to look, have them make it.

Application:  Ask the students how this puzzle is like what happened during the great apostasy.  Tell the students that each piece of the puzzle can represent one of the major areas of the true church (priesthood ordinances, revelation, commandments, prophets and apostles, and Jesus Christ as the cornerstone).  Ask them why so many churches formed, with so many variations on the same themes.  Have them compare their different shapes to the different churches today.  What was needed to get the right shape? (Revelation).  Why was it necessary to have a restoration?  Why are all the pieces needed in order to form the true church?  This activity leads into a great discussion about how the effects of the apostasy and the need for a restoration.  Have fun! 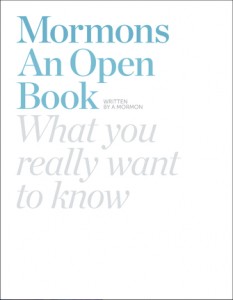 Tony clearly explains the apostasy and restoration, with awesome stats, visuals, facts, and quotes, in his bestselling book MORMONS: AN OPEN BOOK