This family game comes with a warning.  You will laugh.  Hard.  There are a couple moments in this game that still live on in my family.  We call this the “name” game.  But I think we need to come up with a more creative name.

Like “The Game Where My Husband Forever Became Buzz Lightyear”

or  “The Game Where People Yell Really Loud For Some Reason”

Here is what you need: 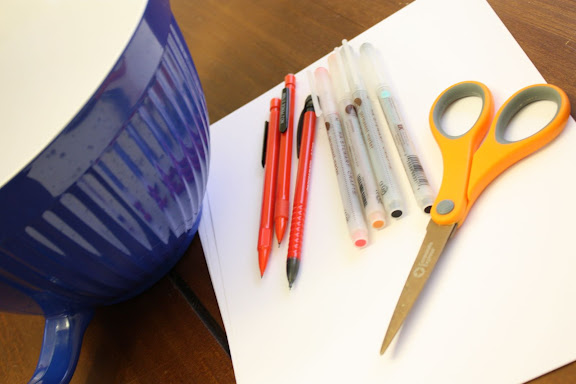 And something for everyone to write with

oh… and a stopwatch – we usually use someone’s phone 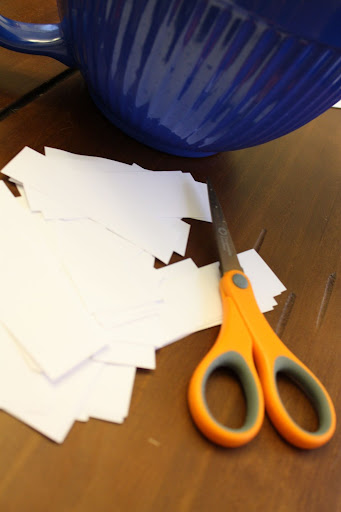 Then have everyone write down 1 name per slip of paper

They can be dead or alive, fiction or real 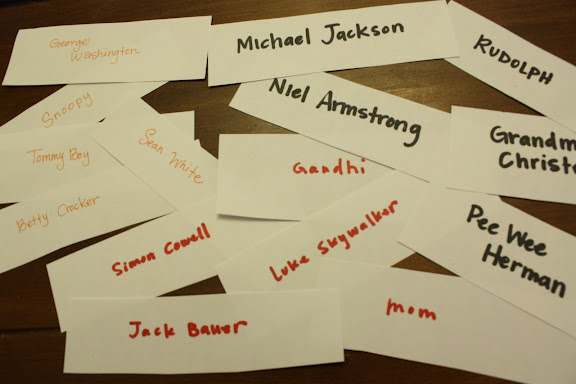 Here are some examples 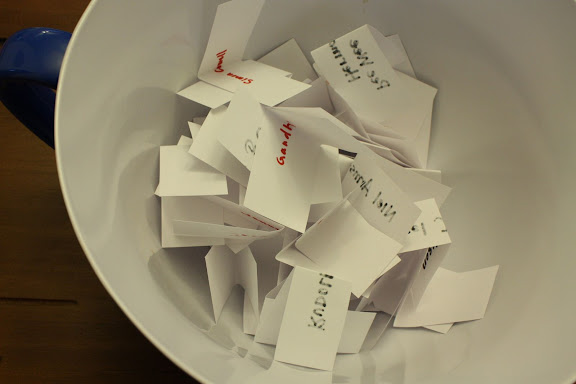 Now divide everyone up into 2 groups

Sit in a circle, and sit so you are between members of the other team

There are 3 rounds to this game

Give the bowl to 1 person

Once their team guesses the name, they keep that slip and then they reach in and get another name

Once 30 seconds is up, they throw whatever name they were currently working on back into the bowl, and then they pass the bowl clockwise and the next person (who is on the other team) does the same thing

When all the names have been guessed, count them up and write down what the round 1 scores are

Put the same slips back into the bowl

Start with whatever person would have gone next

Again, they have 30 seconds to get their team to guess, but THIS time they can only say one word

Choose your one word carefully

When the bowl is empty, count up the score and add it to the scores from round 1

Put the same slips back into the bowl

Start with whatever person would have gone next

And again, they have 30 seconds to get their team to guess – but this time it is Charades – so you act out the name

Again, wise players will act out words used in round 1 and 2

When the bowl is empty, count up the score and add them up for a final winner

And the losing team has to do the dishes.