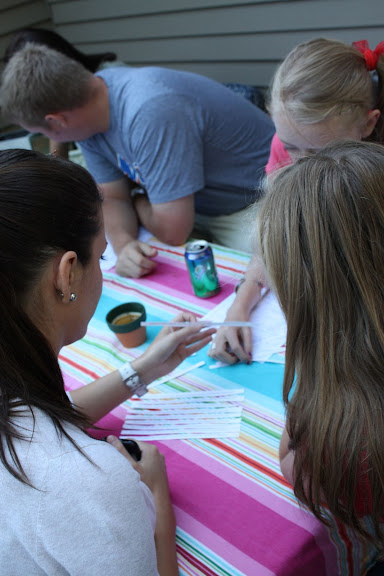 Do you know why we celebrate the 4th of July as Independence Day?

The Declaration of Independence is a statement that was adopted by the congress on July 4, 1776.  It announced that the 13 colonies who were currently at war with Great Britain were now independent states an no longer a part of the British Empire.  This is why we celebrate the 4th of July as Independence day.  It is the Birthday of the United States! 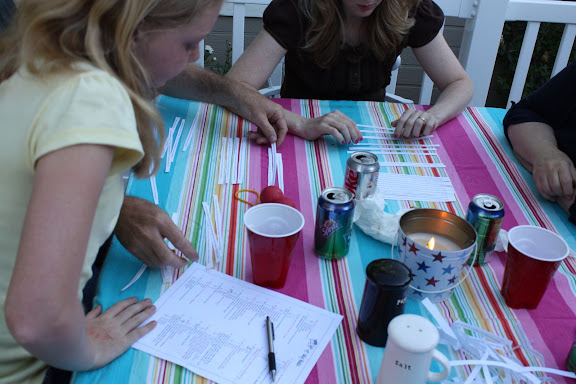 Here is the Activity:  Divide everyone into groups of 2.  They are going to have a race to see who can put together the words of the first 2 paragraphs of the Declaration of Independence the fastest.  Give each group an envelope with lines cut out, like the picture above.  When you say “Go”, they can empty their envelopes and try to put them in order.

Here is the print out:  Declaration of Independence : the second page is the one you will want to cut up.

Disclaimer:  I definitely do not have the Declaration memorized.  But I could figure it out.

After everyone has put it together, you could ask them some of the following questions: