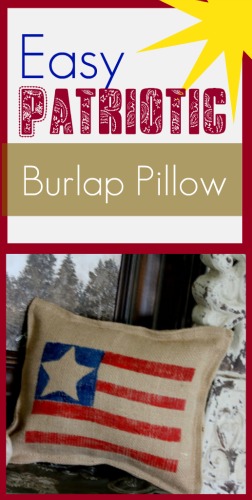 I just love home-made-can’t-get-in-the-store things. That is why I make them. There is something so satisfying about creating something for your home – the place your family lives and grows and celebrates.

So here is a very inexpensive thing to make. Burlap is almost free – and I would guess that most homes on my block have the rest of the things needed to make this lying around their house somewhere. 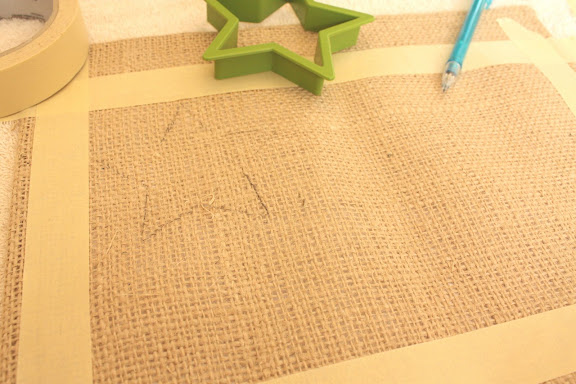 This is just a plain ol’ piece of burlap cut to the size of whatever you want.  This is about a 13 x 10 piece.  And I folded in and sewed the edges.

Decide how big you want the flag, and put masking tape down outlining that size.

Then either freehand or with a cookie cutter or stencil, draw a star.  Or you can draw some little ones.  You could put down some of those little star stickers and use them as a stencil. 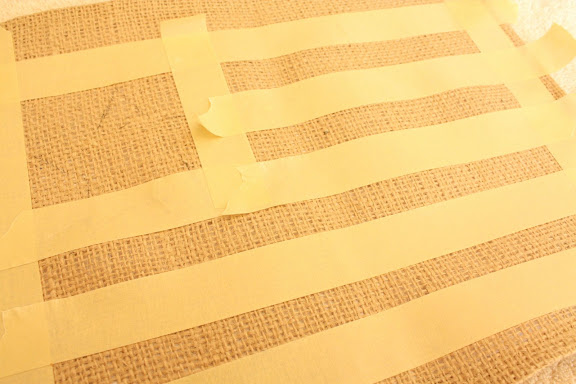 Then make a square around the star and create your stripes.

Notice the tape overlaps the star.  This is so the red stripe will go right up to the bottom of the star 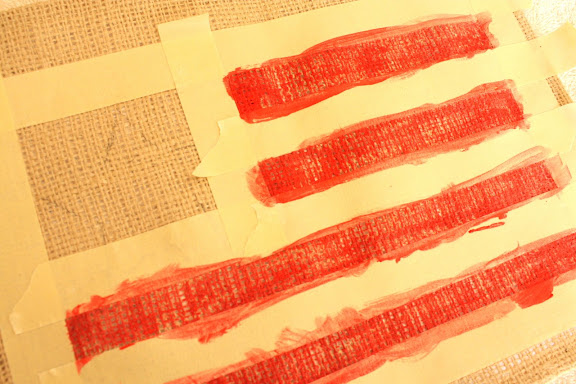 And paint your red stripes.  I liked mine to look like it was worn, so I didn’t paint a thick coat of paint. 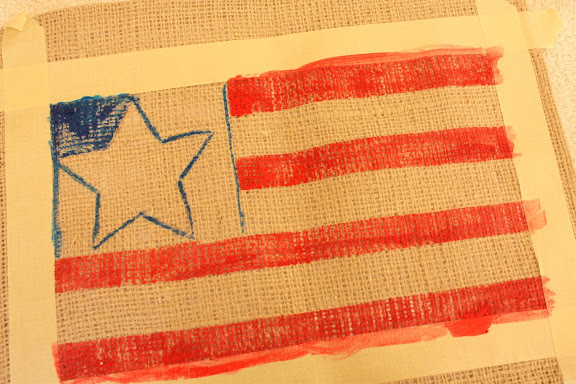 Remove the tape on the inside of the flag.  I used a smaller paint brush and outlined the star and filled in the rest of the space with blue 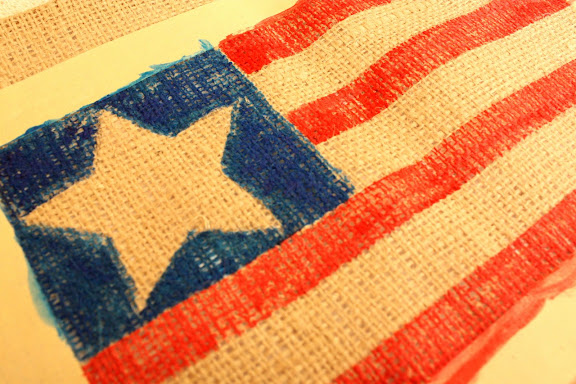 If you would like, you could put tape over the red stripes and paint the burlap stripes and star white 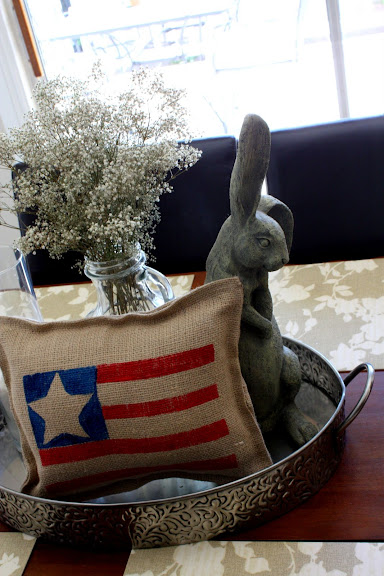 Here is the finished product.

I just put the front and back hemmed pieces together, and then I sewed around the edges leaving a half inch seam that became the border and then stuffed it with pillow stuffin stuff, and then closed the opening.