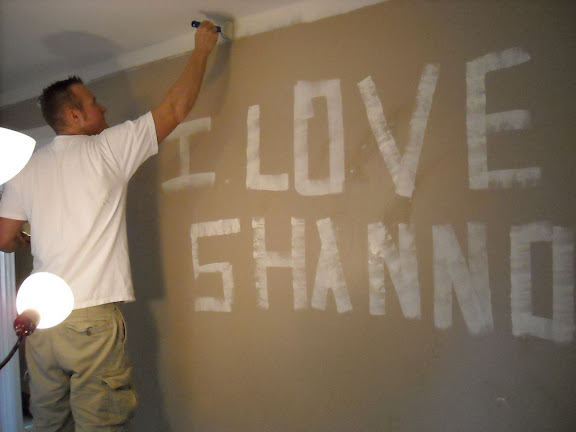 I didn’t marry the first guy that I liked.  Or the second.  Or the 100th.  I took a good long time finding this one.

I wasn’t in a rush to get married – not because I didn’t think marriage was important, but because I believed it was incredibly important.  And I wanted to make certain that I made a really good choice.

Let me introduce you to a very good man.

This is my then-fiance, now-husband.  We bought this home while we were engaged.  I don’t think I would ever recommend someone do this.  Buy and remodel a home, while planning your wedding.  And working.  And staying 25 min away at your mom’s, while he is sleeping on the floor in the new place,  for the 2 weeks between getting married and moving out of your old place.

Weddings are crazy enough!  I didn’t have a wedding planner – I was the wedding planner.  And I did my own flowers… until 3 am!  And this perfect man was laboring in his after work hours to make our new home habitable for us.

Look at him.  I love and adore this picture.  And I love knowing that those words will be forever painted on that wall… underneath paint, yes, but they will be there – somewhere.  Not to mention on my screensaver. 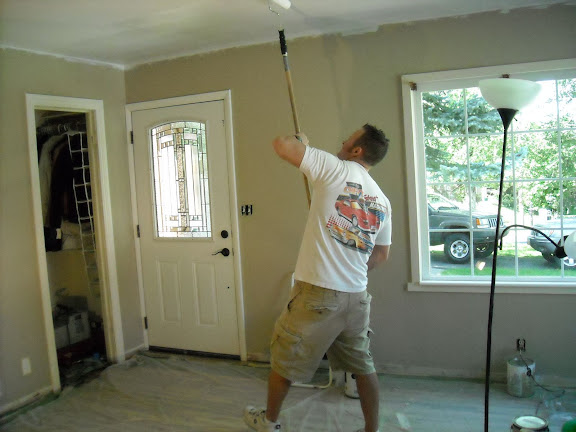 This is him painting our living room.  Take a gander out the window.  Look at how in-love our jeeps are.

His is the one jacked up with big wheels so he can go off-roading.  A closer look would show you what he calls his “rocky mountain paint job”.  I call it scratches. 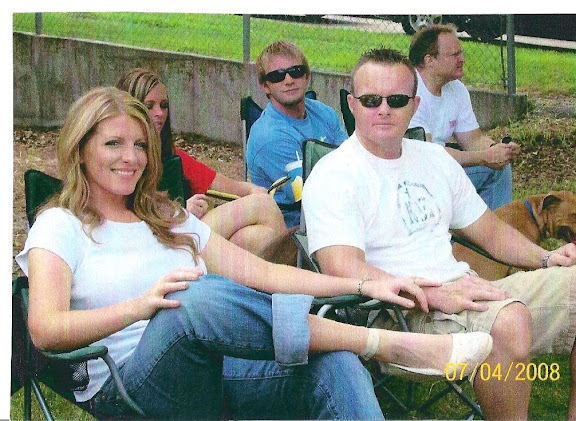 This is us – 1 month and 10 days until we were  married – enjoying time with family at a 4th of July parade, wondering how in the world we were going to get everything done in time. 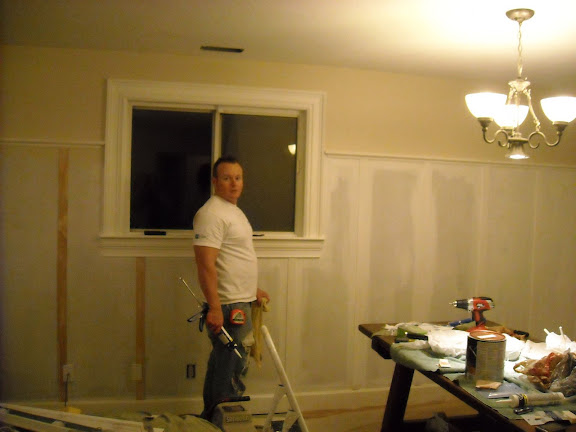 This is him, a year later, remodeling our family room.  I showed him a picture and said “I love this” and he said “ok”.  And he put his hot jeans on and went to work. 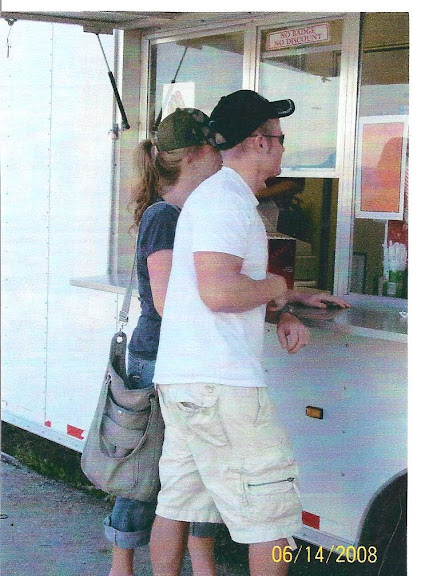 This is me earning all of that remodeling by going to a nascar (or something) race with him in the blazing heat.

p.s.  Ignore that purse.  I know it is ugly.  It has been with me all over this planet.  Its sentimental – I thought it needed a nascar race experience. 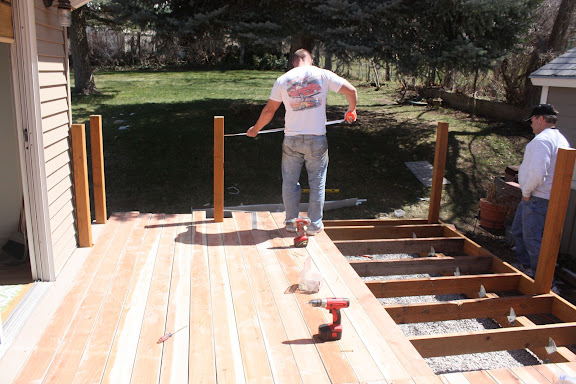 This is him yesterday, with his dad, building our new deck.

Why I Believe in Throw Pillows:  Some of the best marriage advice we got was from one of our religious leaders just before we were married.  We went to his beautiful home and were invited in to his luxurious office, where we sat on a couch FULL of custom throw pillows.  We chatted for a bit, he talked of his marriage and success as a father and husband, and then he gave us the “throw pillow analogy“.  You see, his wife loves throw pillows.  And he doesn’t.  He told us how their bed is covered in throw pillows – which he doesn’t see any point to – and she, of course, does.  She sees it as making their home more beautiful, complete, finished.  He sees it as a nuisance.  Every day they have to put all of those throw pillows in their proper place on the bed, then at night remove every one of them – put them on the floor, and then trip over them if they get up.  And meanwhile, no one has seen those beautiful throw pillows because they are back in their bedroom – so what is the point to them?  To him – they are not logical.  To her – they are very logical – it is their room, and she wants their room beautiful.     … I must say that when he was telling us this story, we just sat and laughed and laughed because we had already had this conversation in so  many variations – including about throw pillows!  … So, considering the fact, that as he was telling us this story, we were sitting on his throw pillow laden couch, I figured that I already knew the outcome of this entire scenario.   And I did.  “In your marriage, there will be many throw pillows.  Things that are important to him and not her, and things that are important to her and not him.  So let her have her throw pillows, and let him have his.”  I love that advice.   There has been more than once where I have explained something by stating “its a throw pillow” and all becomes good in my universe.

So he will get his grill cover.  And I will post pictures later of my table, chairs, flower pots, throw pillows and bistro lighting. 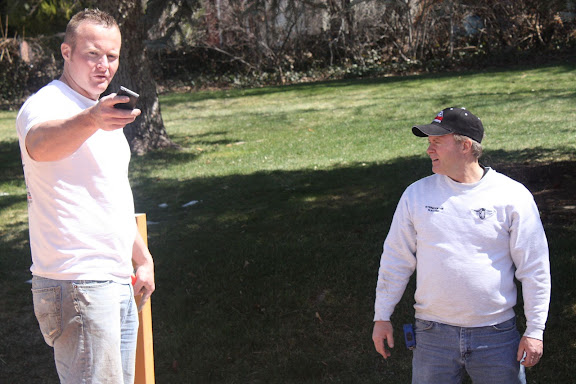 And we will both be happy.