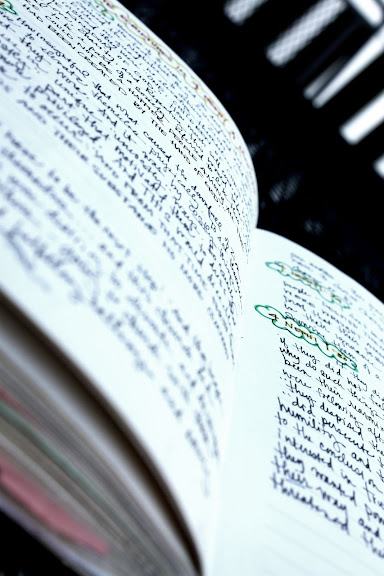 I have tons of books that give commentary on the scriptures, and  they are wonderful, and helpful.    How great that these people have studied so much and gone through the toil and sacrifice to write books in the hope that it will help others to better understand the scriptures.  And I definitely have my favorite books that have helped me gain incredible insights.  However, one thing I have learned over the years is that if we rely solely on other’s thoughts and on them receiving revelation on the scriptures and then telling us about them, we are doing ourselves a great dis-service.  Why shouldn’t we be writing our own books (either literally or figuratively) and receiving our own insights?  Don’t we have that ability as well?  Can’t we receive inspiration from the Spirit about the scriptures, just as the authors of other books have done?
Yep!  Check out this quote by Elder Oaks:   “Last year a church member sent me a suggestion that someone prepare a book containing all General Authority interpretations of all verses in the scriptures.  I replied that I thought this was not a good idea….  What we are seeking to accomplish… is not to magnify the standing of the prophets but to elevate the spirituality of our rank and file members.  Like Moses, we declare, ‘would God that all the Lord’s people were prophets, and that the Lord would put his spirit upon them!’  (Numbers 11:29).  We encourage everyone to study the scriptures prayerfully and seek personal revelation to know the meaning for themselves.”  (Elder Dallin H. Oaks, “Scripture Reading and Revelation”, BYU Studies Academy Meeting, January 29, 1993)
Hmmm…. doesn’t that make you think? 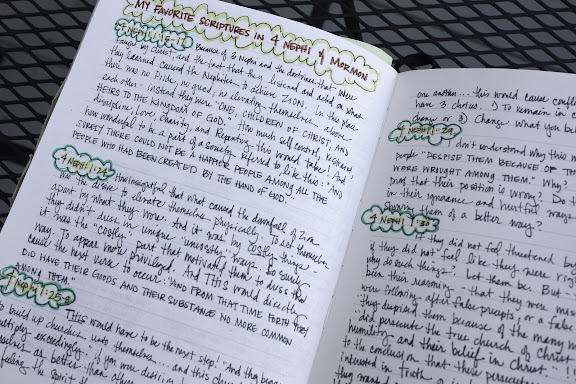 So this is what I have done.  In my scripture journals, I will write down my own commentary.  I cannot express how much more I get out of a few scriptures when I put forth this kind of effort.  The scriptures are opened up to me, and the combination of slowing down,  giving the spirit time to teach me and then writing down what I am learning, makes all of the difference.  Not only do I learn more, but then I have a record of what I was taught.
Here is some excerpts from one of my pages.   There is nothing special about this page – it is just an example of how I write my own commentary books: 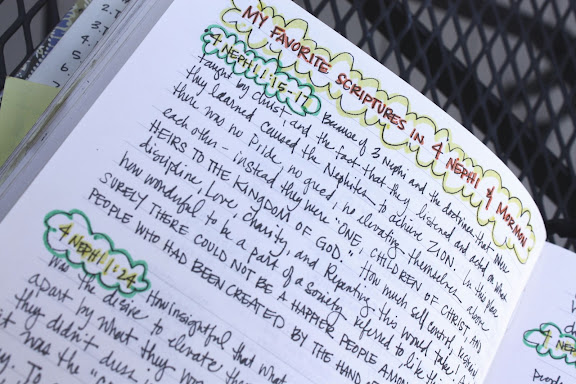 Because of 3rd Nephi and the doctrines that were taught by Christ, and the fact that they listened and acted on what they learned, caused the Nephites to achieve ZION.  In this place there was no pride, no greed, no elevating themselves above each other – instead they were “one, children of Christ, and heirs to the kingdom of God.”  How much self control, restraint, discipline, love, charity, and repenting this would take!  And how wonderful to be part of a society referred to like this: “and surely there could not be a happier people among all the people who had been created by the hand of God.”

How insightful that what caused the downfall of ZION was the desire to elevate themselves physically.  To set themselves apart by what they wore.  And it was by costly things – they didn’t dress in unique “uncostly” ways.  So surely it was the “costly” part that motivated them to dress that way.  To appear more priviliged.  And THIS would directly cause the next verse to occur:  “And from that time forth they did have their goods and their substances no more common among them.” 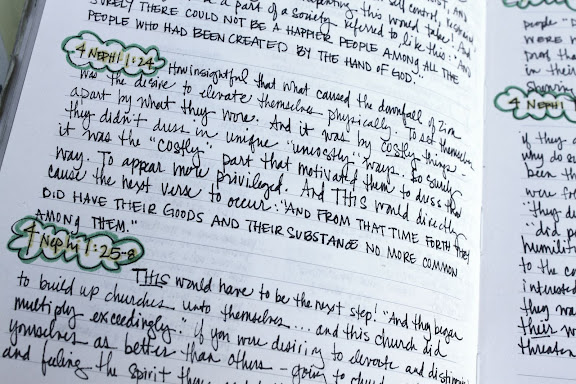 This would have to be the next step!  “And they began to build up churches unto themselves…. and this church did multiply exceedingly.”  If you were desiring to elevate and distinguish yourselves as better than others – going to church with them and feeling the spirit there, and fulfilling callings and serving one another… this would cause conflict.  So they would have 3 choices: 1) To remain in conflict, 2) Repent and change, or 3) Change what you believe.

I don’t understand why this would happen.  Why would people “despise them because of the many miracles which were wrought among them.”  Why?  Is it because there is proof that their position is wrong?  Do they wish to wallow in their ignorance and hurtful ways without any light showing them of a better way? 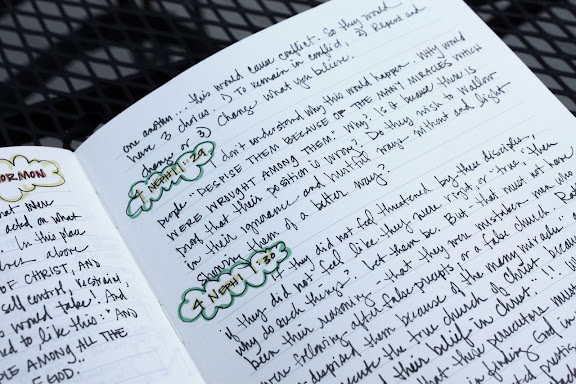 If they did not feel threatened by these disciples, if they did not feel like they were right or true, they why do such things?  Let them be.  But – that must not have been their reasoning – that they were mistaken men who were following after false prophets, or a false church.  Rather, “they despised them because of their many miracles” and “did persecute the true church of Christ because of their humility and their belief in Christ.”  !!  Which leads to the conclusion that these persecutors must not have been interested in truth or in finding God in their lives.  But they wanted power, they wanted prestige, they wanted things their way and would openly attack anything that threatened their position.