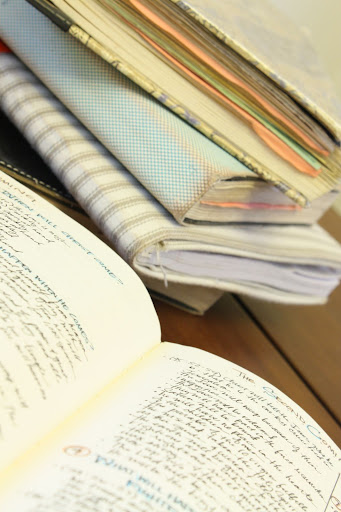 Verse 1:  This entire book is a letter from Paul to the Corinthians in Corinth – and boy, was he the man for the job.   He had come there on one of  his missionary journeys and was now keeping in touch through letters.  We don’t have the letters they wrote to him, but this verse tells you that he is going to address something that they had written to him which you can piece together through the chapter.  “Now as touching the things offered unto idols.”  In his time, in that place, people would take meat to offer the idols in the temples and supposedly some of the saints were mingling with people belonging to those temples and eating the meat with them.  “The things offered unto idols” he is talking about is the meat, and apparently some of the other saints didn’t like that members of the church were partaking of this dedicated meat and associating themselves with those other temples.   So in some way, they had written to Paul and explained to him to let those people know that this is not appropriate behavior for members of the Church.  So, what would you have said in response?  Paul’s answer is very interesting.  And brilliant.

Verse 1 continued: “Knowledge puffeth up, but charity edifieth” – can you imagine the kind of arguments that went on inbetween these two groups of people?  Do you think they quoted scriptures in their own defense of their personal stance?  “We must mingle with others in order to spread the Gospel”, or “You must be an example and not partake of such things.”  Who is right?  Paul is.  Stop pitting your intellectual arguements against eachother.  If you do – you will always be wrong.  Use charity as your starting point, because Charity never faileth.

Verses 2-3:  The death sentence of seeking knowledge for knowledge sake.  Intellect is a slippery thing if our hearts are not pure.  And God’s heart is perfectly pure and that is how we “ought to know”.  Any truth I hold, and knowledge I have, is nothing unless I have charity.  If my motivation is love, if it is to help people and ultimately help them gain Eternal Life – then truth and knowledge is a tool for me to help them.  Knowledge is not the goal.  Charity is.  I will never reach my full potential if all I want is to be all-knowing and all-powerful.  But if my goal is to be all-loving, then I will desire more, so I can love more perfectly.  So if we are fighting over who is right, and we are feeling contention and hoping to prove the other to be of a weaker position – then we are both wrong.

Verses 4-6:  Here Paul is dealing directly with the issue of the meat.  What is an idol?  he asks.  It is nothing.  There is no God attached to it whom the people of our church are somehow worshipping.  It is wood or metal or marble.  It can’t see or hear.  It is just wood or metal or marble – that is all.  There is only one God – our Father.  So the meat they are eating – is just meat.

Verse 7:  Can you hear the saints who ate the meat cheering now that Paul has justified their behavior?  Well, if they did – they will most certainly now be humbled.  “Howbeit there is not in every man that knowledge”:  not everyone knows that there is only one God – they have been taught that there are many Gods, and they sacrifice to the ones they want favor with.  “For some with conscience of the idol unto this hour eat it as a thing offered unto an idol” : and when they go to the temple and eat this dedicated meat, they do it with religious purpose.  “And their conscience being weak is defiled”:  and they don’t know that you understand that it is just meat and that you are not in any way worshipping the God that idol represents.

Verse 9:  BUT, be careful “lest by any means this liberty of yours become a stumblingblock to them that are weak.”  This is not about the meat.  This is about the others in the temples who do not yet have the Truth.  And if they see you in the temple – you will confuse them and your liberty or your agency isn’t being used in their best interest.  You going into the temple is about you.  Its about you eating the meat and socializing.  It is not about them.  Are you going to go up to every single person there and explain to them what you really believe?  Are you going to make sure they understand that you don’t believe in those idols?  Are you going to share with them what you believe instead?  And then are you going to make sure that every person who saw you walk in there understands this too?  Because if you don’t, you run the risk of becoming a “stumblingblock” to them.  Why would they ever want what  you have, if you don’t show them what that is?  And then if they know what it is, and you act contrary to their understanding of what you believe – then who can blame them for looking elsewhere for truth, integrity and power?

Verse 10:  If they view you as someone who has knowledge, of someone with spiritual strength and power, sitting at the temple and eating meat :  “shall not the conscience of him which is weak be emboldened to eat those things which are offered to idols”.  That is a scary thought.

Verse 11:  But not as scary as this one.  And through you and your example, that weak brother may perish.  And Christ died for him.  Whoa.   That is perspective shifting – isn’t it?

Verse 12:  If we truly understood this principle – would we not treat eachother so very differently?

Verse 13: “So I will do nothing that can be misinterpreted or misunderstood.”   Paul is not motivated by meat or being more righteous than the others.  He is governed by charity.  And they have not yet learned this lesson – for if they had, they wouldn’t have had to write him.  But charity is the light we should hold up in every situation.  That is all he had to do and he saw clearly who was right and who was wrong.  And they both were wrong – just differently.