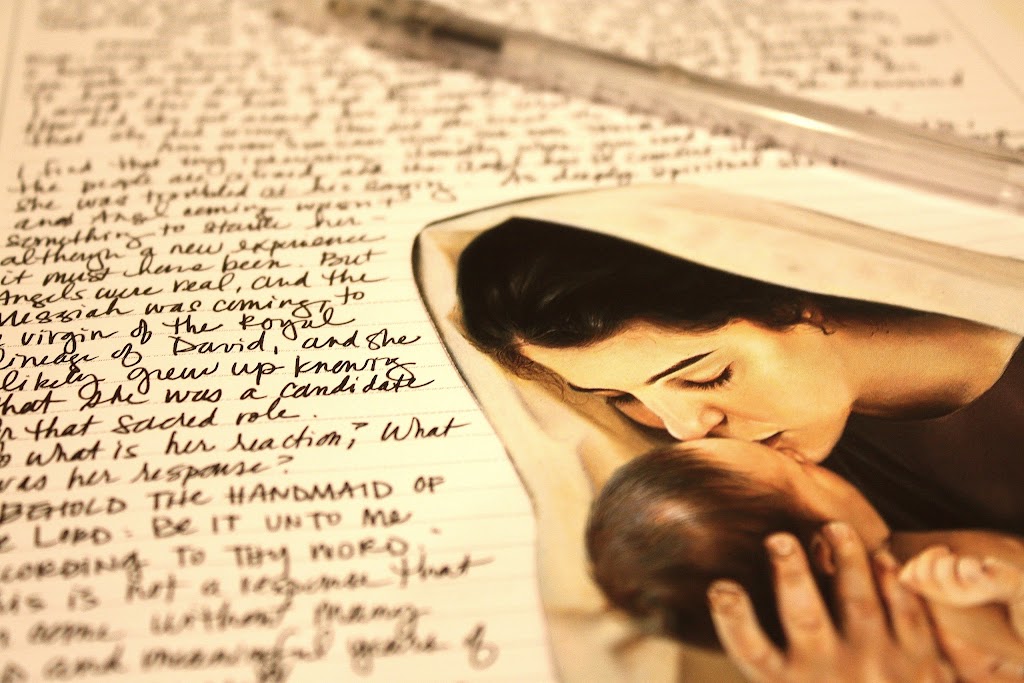 Mary is such a hero to me.  I could study her and study her.  She has so much to teach us.  Woman to woman.

I am fascinated by her reaction to the Angel Gabriel.  A response like this one is hard to come by in the scriptures.  I wonder to myself, “Shannon, if an angel came to you, what would you do?  What would be your first, very raw, response?”  Would you be like Mary?  Or would you be like others and be afraid, and doubt, and wonder if they came to the wrong person, or brought the wrong message?” “And the angel came in unto her, and said, Hail thou that art highly favored, the Lord is with thee:  blessed art thou among women.  And when she saw him, she was troubled at his saying and cast in her mind what manner of salutation this should be.”  (Luke 1:28-29) I find it so interesting that Luke mentions that she was “troubled at his saying”, not “troubled at the angel”, of which Luke had no problem showing that Zacharias was earlier in the same chapter.  Mary was clearly a righteous young woman who knew much about the coming Messiah.  The verses that soon follow show that Mary understood the promised prophecies and at the moment was able to testify many things about him.  She would have known that the Messiah was to be born through the royal lineage of David, of which she was.  She knew that she was a qualified candidate for such a sacred position.  And in this unexpected moment, she was able to process the message of the angel, not just the shock of him being there.  What a prepared young woman she was!  Clearly, she already had faith in such things. “And Mary said, Behold the handmaid of the Lord; be it unto me according to thy word.  And the angel departed from her.”  (Luke 1:38) She didn’t ask for a sign, or proof.  She just submitted.  I don’t think this is a response that could come without the kind of faith that you have been developing for a long time.  I can only imagine that if an angel appeared to me, I would reveal a lot about myself and where I really stood. I would love to know more about her.  I would love to hear what she was like, to hear stories.  Such a beautiful example of all of the young woman values.  Of faith, divine nature, individual worth, knowledge, choice and accountability, good works, integrity and virtue.

She never doubted, wondered or wavered at the Angel’s announcement to her.   Mary didn’t know the details of how she would fulfill the mission she was given, nor did she understand the full meaning of it.  But she trusted, believed and then acted on it.

She clearly had a testimony that life existed on the other side of the veil just as much as on this side.  She showed no need to gather her bearings that an angel actually existed.  She would have understood that Gabriel was a spirit, just as she was.  Both spirit children of Heavenly Father with divine potentials.

Mary never said, as others had, that she did not have the capacity to do this assignment.  She fully offered herself:  “Behold the handmaid of the Lord“.  She believed that she could, even if she didn’t know how she would.  This is the ultimate sign of humility.  Sometimes we thing that saying we can’t do something is humility, but perhaps it is actually pride.  Saying we can’t is doubting who we really are, and what the Atonement is really capable of doing in our lives.  Saying we can is fully submitting and then praying like crazy for the help to do it.

She clearly knew about angels, about the Messiah, and the prophecies surrounding the coming of the Lord.   After she arrived to Elisabeth’s home,  she was able to quote several prophecies, in what is now commonly known as Mary’s Magnificat (Luke 1:4655).  Also, the knowledge deeply rooted in her was able to steady her in an unexpected moment.  Her reaction to the Angel was so revealing of things she already knew.  That same knowledge would surely give her strength during her unexpected pregnancy, almost losing Joseph, her long journey to Bethlehem, the less than favorable birthing circumstance, having strangers suddenly appear to see her child, and her sudden announcement to escape Bethlehem because of Herod’s evil doings.

Her CHOICE AND ACCOUNTABILITY:

When Gabriel first appeared to her, his salutation was: “Hail thou that art highly favored, the Lord is with thee:  blessed art thou among women”  (Luke 1:28).  You don’t earn this title without a long history of proving yourself.  She must have been so righteous, and from the Premortal Life to Mortality!  For she was chosen long before she ever came to earth.  What a powerful spirit she was.  She had used her agency to become stronger and stronger, not weaker.  What a great example to all women!  Plus, Joseph had chosen her to be his wife!  The best description of Joseph is that he was a “just” man (Matthew 1:19).  If you are “just”, then justice or the law is on your side – you aren’t depending on mercy, you have done what is right.  Therefore, Joseph was a very righteous man, one who highly valued God’s laws and commandments.  And he had chosen Mary to be his wife.  He wouldn’t have wanted anything other than someone like her.

At the very beginning of her pregnancy, she traveled to where Elisabeth was and stayed with her for 3 months.  Before being pregnant myself, I didn’t appreciate how difficult of a journey that could have been for her, but it doesn’t seem that something be hard ever stopped Mary.  She did things because they were right, not because they were convenient.

I have often wondered how difficult it would have been for her to start showing her pregnancy.  Certainly a few heads were turned and a few gossiping interpretations were exchanged.  For someone so pure, and so committed to her standards, how would it have felt to know that others thought such things of you?  Integrity comes from the word “integer” which means “whole”.  So if you have integrity, you wholly live what you believe.  And who is a better example of that than Mary?  So to know that you are being accused of something so sacred to you… she must have kept a lot of feelings in.

Salutations and introductions of her highlighted her purity.  “To a virgin, espoused to a man” (Luke 1:27), “And I beheld the city of Nazareth; and in the city of Nazareth I beheld a virgin (1 Nephi 11:13).  And it is her purity that qualified her for this sacred role.  If she would have lost her purity, she would have forfeited this opportunity.  I wonder how hard Satan had worked on her, as he is constantly trying to unravel God’s plan.  But Mary was pure, and purity brings power.  And that confidence that comes when you feel pure before God, would impact how she felt before the Angel and in accepting this call.  Its not just about being virtuous, its about being confident before God. 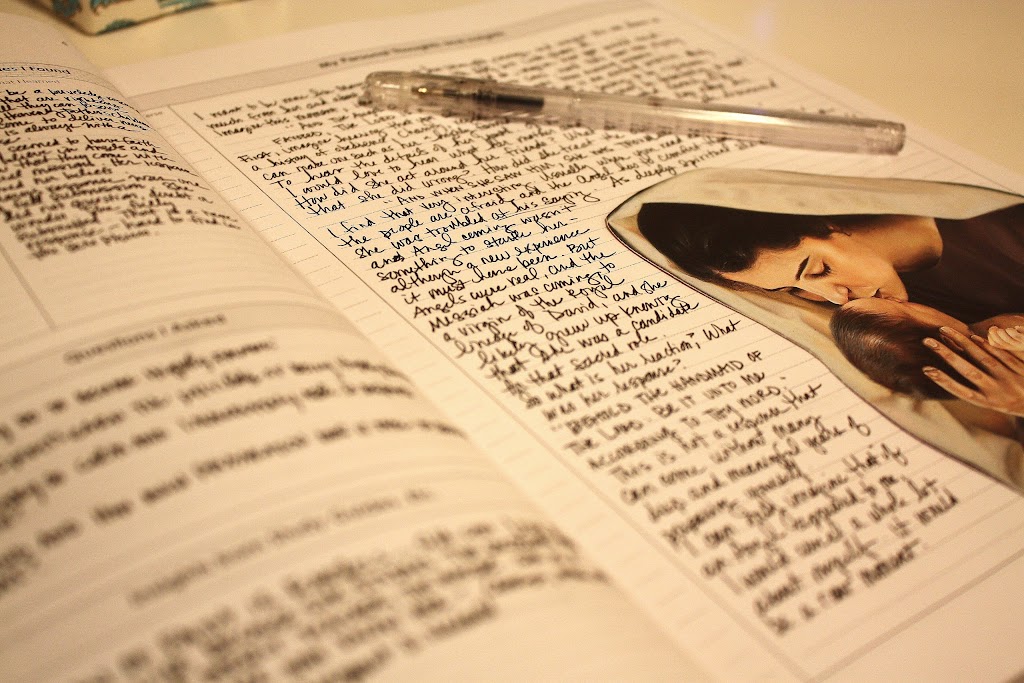